The creator of the cool art, Vianey will create the award statuette that will be delivered for the first LatamEdge Awards in the city of London.

The artist who currently lives in New York had already been commissioned in the past to create other award statuettes such as the Latin American film festival in New York.

In the summer of 2017 Vianey began creating his own designer line of bicycles under the brand The Cool Bike. These bikes will feature his own art and will be launched in a exhibition in Central Park in New York in the summer of 2018.

For 2018 , he will be working on a Colombian,- French film production creating the character, Lukas. Currently the artist is preparing 3 new series of his artwork to be presented in 2018/2019 in Switzerland, Italy and France. Welcome on board Vianey! Looking forward to see your artwork in the hands of the finalists!:)

Latam Edge Award 2019 will be at the Illuminate - Science Museum ! 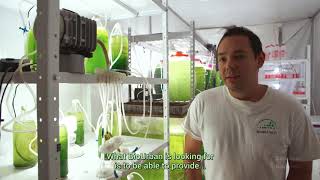